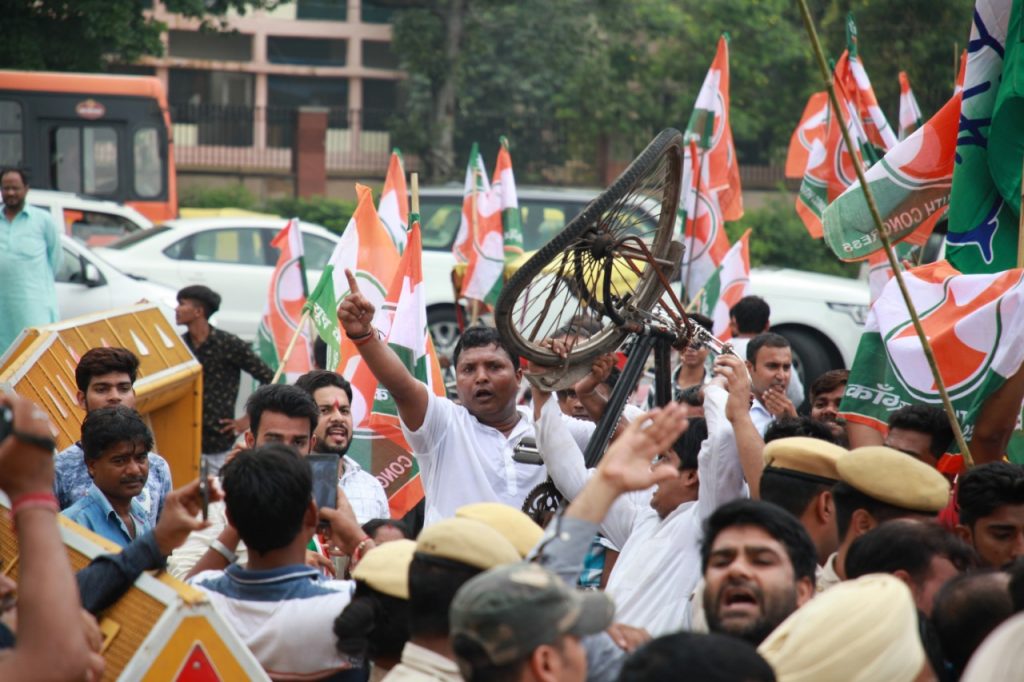 Indian Youth Congress (IYC) members protesting against the surge in fuel prices have been lathi-charged by the police in New Delhi today. Many of the protesters including Keshav Chand Yadav, National President, IYC, srinivas BV, Vice President, IYC were injured during the lathi-charge.

“Present situation of the country is troublesome. Within the last month fuel prices have touched the sky in spite of crude oil being relatively low, in the international market. This exorbitant rise in the price of petrol and diesel is directly hitting the lives of common man. It is just the middle class and agricultural section of the society which is facing the brunt of it,” informed Amrish Ranjan Pandey, National Spokesperson, IYC.

In the last one month, petrol and diesel prices have increased by five percent and the price of petrol in Delhi breached Rs. 80 per litre first time ever.