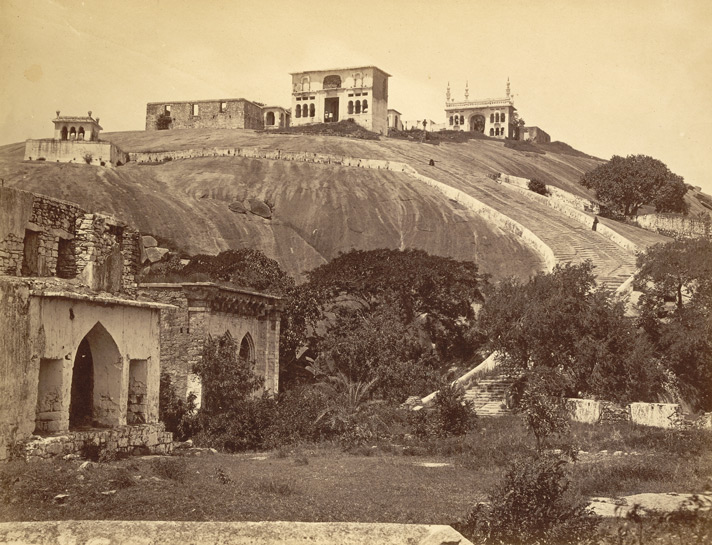 Moula Ali Urs at Moula Ali dargah in Hyderabad is set to start tomorrow. The Urs would continue for five days starting tomorrow and about 10 Lakh devotees are expected to visit the dargah during these celebrations.

The Moula Ali Urs commemorates the birthday of Moula Ali, the son-in-law of Prophet Muhammad. For the Shia community, Hazrath Ali is the first Imam and successor to Prophet Muhammad, while the Sunni community sees him as the fourth Khalifa. Moula Ali’s birthday falls every year on the 13th day of Rajab, the seventh month of Islamic calendar and it is a tradition in Hyderabad for more than 400 years now to celebrate this occasion near the dargah on top of Moula Ali hill.

As the legend goes, in 1578 a eunuch of the Qutb Shahi court named Yaqoot was ill. He dreamt of a man in green dress telling him to visit Moula Ali hill because Ali was waiting for him on top of the hill. In his dream Yaqoot went to the hill with the man and saw Ali sitting on top of the hill resting his hand on a stone. The next morning, Yakoot’s illness was cured and a stone was found on the hill, which is said to have had the hand marks of Ali on it. Later on, Yaqoot constructed an arch near the hill. After hearing about this incident, Ibrahim Qutb Shah (1518-1580) of Qutb Shahi dynasty visited the hill and ordered a dargah to be built on top of the hill. The stone that was found is still kept in the shrine on top of the hill and considered by devotees to have healing powers.

It maybe of interest to know that the construction of the shrine happened around 1578 and is way before Hyderabad was founded in 1591 by Muhammad Quli Qutb Shah (1565-1612) of Qutb Shahi dynasty. Moula Ali dargah is one of the 11 heritage sites in Hyderabad identified by the Heritage conservation committee of HUDA (Hyderabad Urban Development Authority).