(This article is the third part in the series Fraud, False Promises and Fiscal Imprudence highlighting the misadventures of TRS Government in Telangana)

In the previous article, we have looked at how TRS government’s flagship project in its election manifesto – Double bedroom houses for the poor – remains incomplete. In this article, let us take a look at various other welfare schemes taken up by the TRS government and the status of the same.

TRS made grand promises for helping the families of martyrs in Telangana movement in its election manifesto 2014. 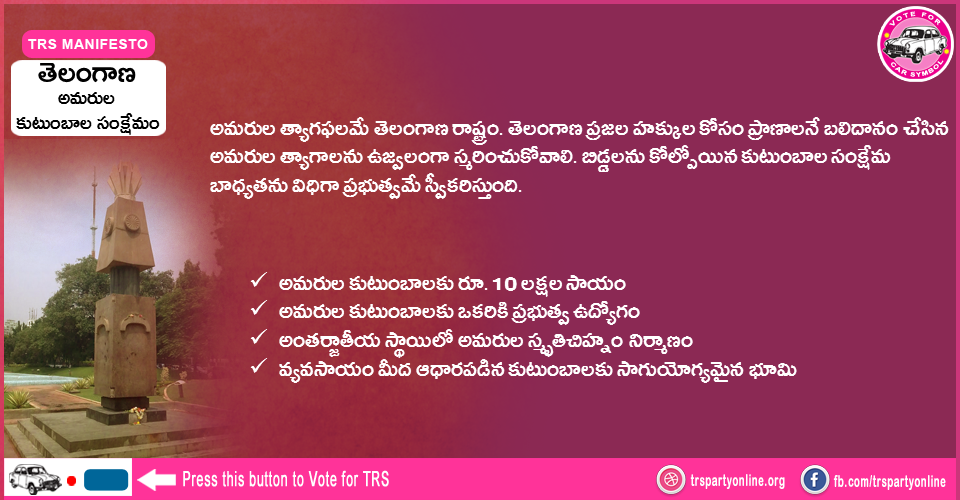 However, after declaring more than 1,500 martyrs in the Telangana movement, financial assistance was provided for less than 500 families. The jobs promised in the manifesto when finally materialized were of lower grade. Moreover, agricultural land as promised was not provided. An analysis of budget reports and CAG (Comptroller and Auditor General of India) audit shows that 72% of the funds allocated for martyrs were not utilized. Only Rs. 50 Crores out of Rs. 190 Crores budgeted for martyrs’ families were spent. In fact, martyrs don’t even find a mention in the last three budgets of Telangana.

The TRS mainifesto 2014 talks about free education from KG to PG, not to mention setting up of various universities. 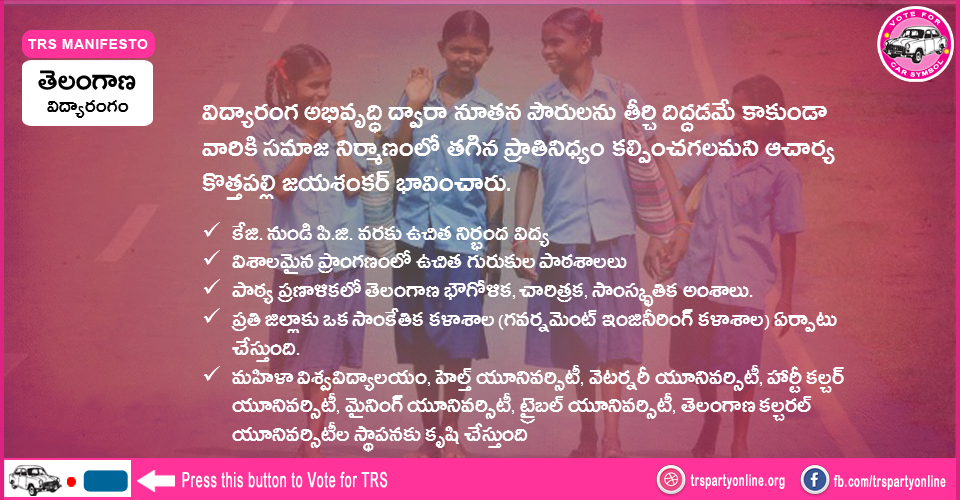 A quick look at expense utilization shows that Rs. 1,756 Crores of money was not utilized towards reimbursing the fees of economically backward, BC, SC, tribal and minority students. Furthermore, none of the universities mentioned in the manifesto have become a reality so far.

Rs. 50,000 Crores for development of Scheduled Castes was promised in the election manifesto by TRS in 2014. 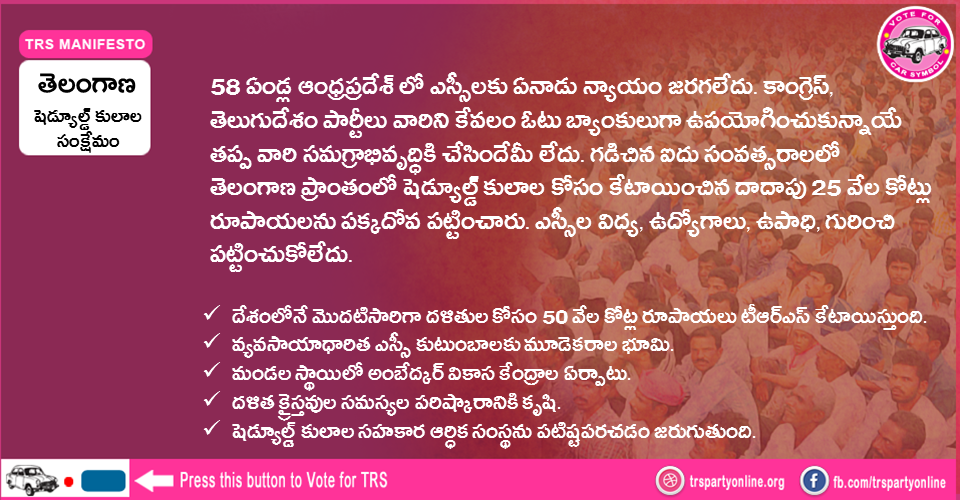 The manifesto goes on to promise 12% reservations for STs in education and employment not to mention three acres of land for landless STs. 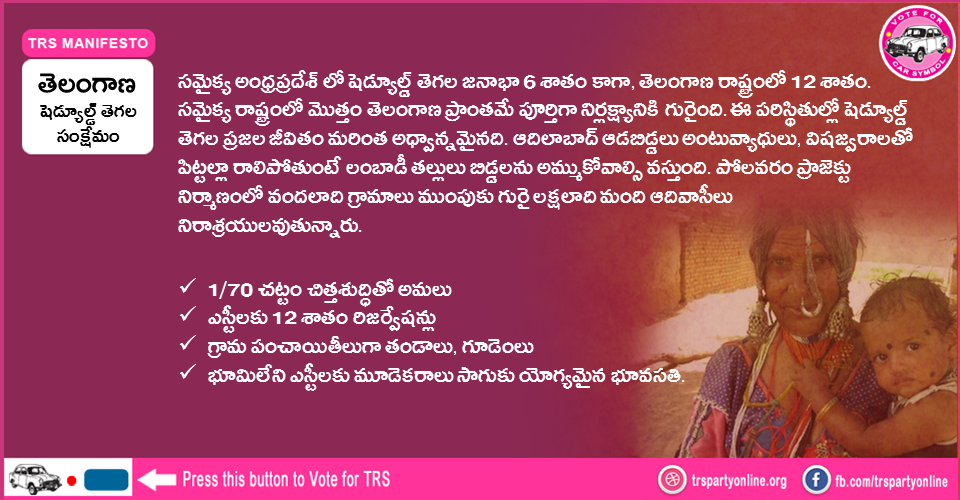 More than 40% of funds allocated in the first three years towards tribal welfare remain unspent.

12% reservation for minorities in the state says the TRS election manifesto. 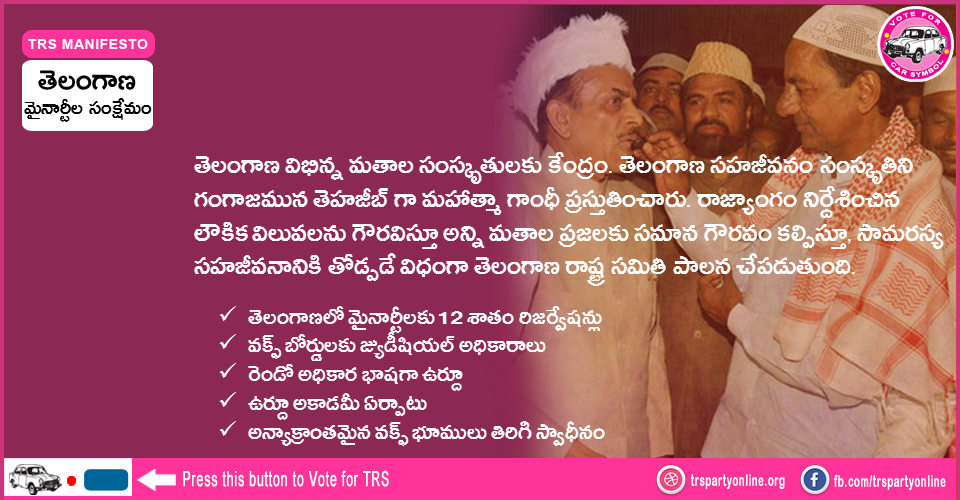 Forget additional reservation for minorities, almost half of the funds budgeted for minorities in the first three years were not utilized. 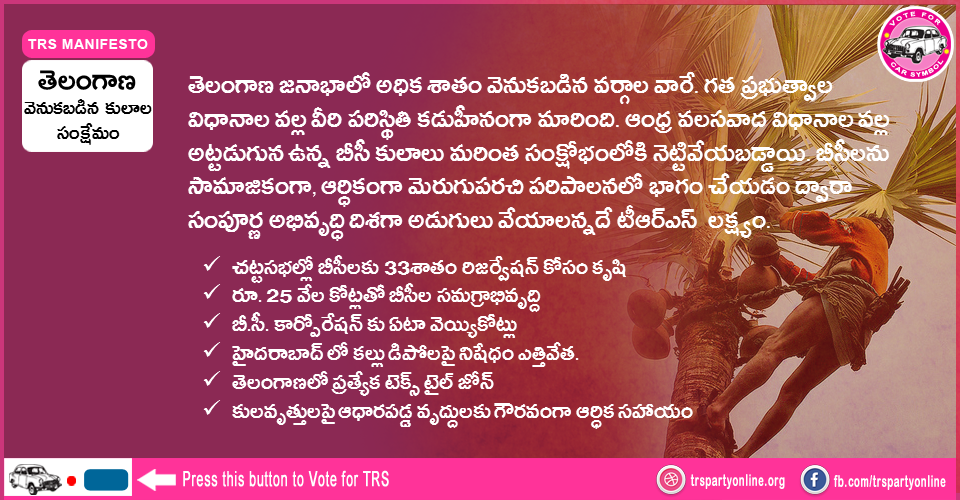 Less than Rs. 2,000 Crores was spent on BC welfare in the first three years.

Clearly, a quick study of the budgets and audit reports of Telangana makes it clear that the poll promises made by TRS government for welfare of the people – Fees reimbursement for students, Martyrs in Telangana movement,  SC, ST, BC and Minorities welfare – have been tall claims that remain largely unfulfilled. The alacrity with which funds are allocated during the budgets when wide publicity is given to government schemes is absent when the actual implementation happens. Not only is the allocation of funds for the welfare much lower than the election promises made by TRS, but also utilization of funds allocated is dismal.