A growing chasm between North and South India

The recently constituted 15th Finance Commission of India reflects the growing chasm between North India and South India. A constitutional body established under Art. 280 of Indian Constitution, finance commission defines the financial relations between the central government and individual state governments. The 15th Finance Commission constituted in November 2017 has a mandate to give recommendations for five financial years starting April 2020. 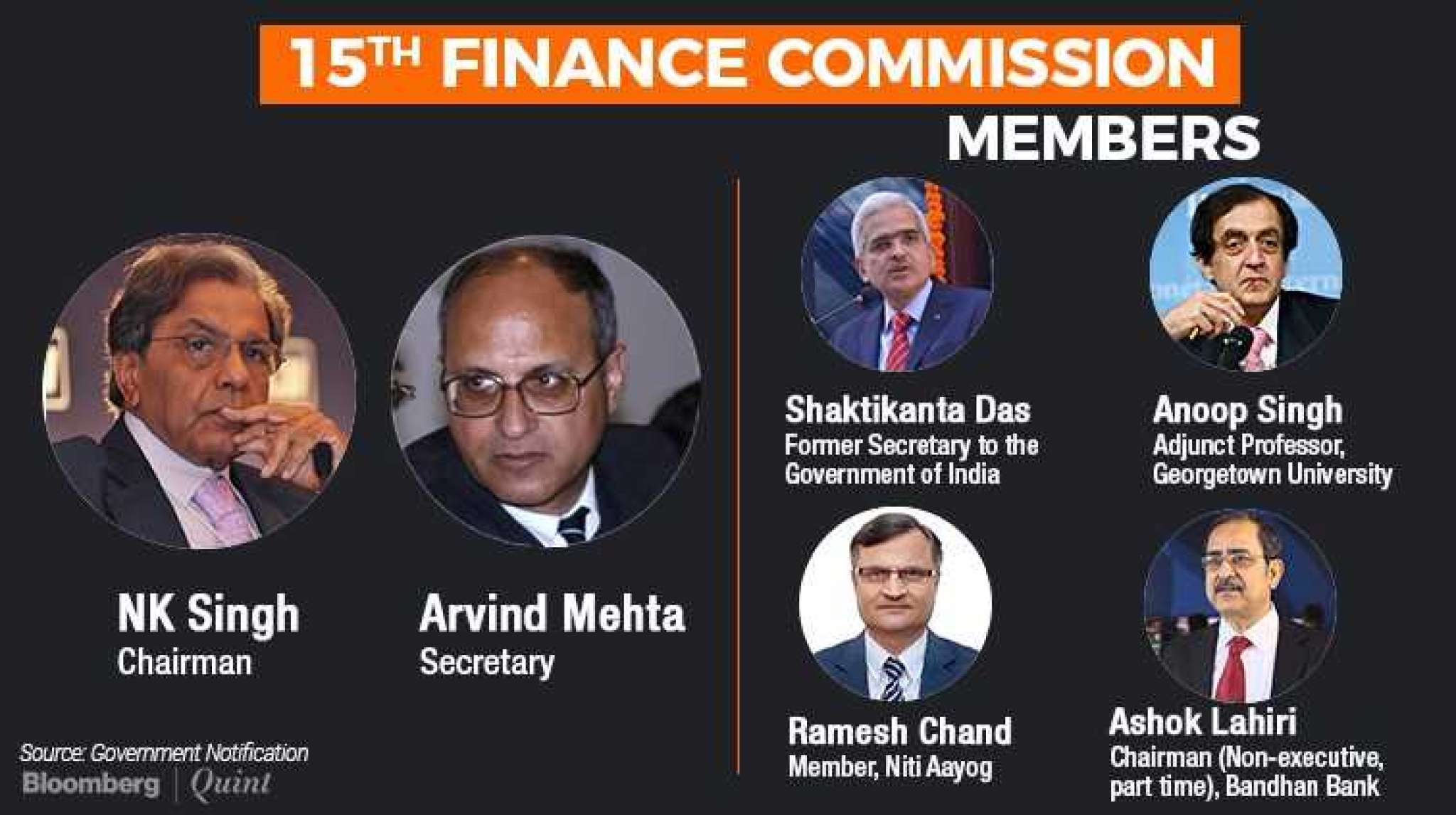 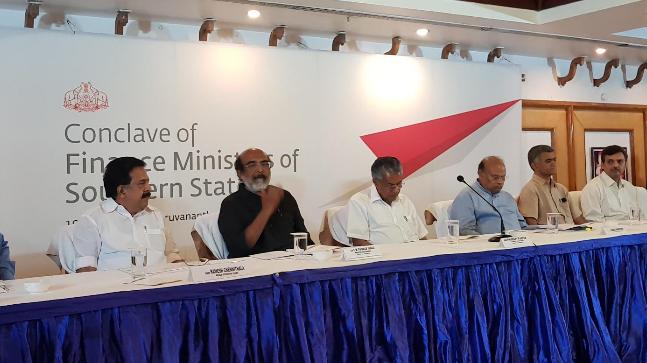 Historically, southern states such as Tamil Nadu, Andhra Pradesh, Karnataka and Kerala have been progressive in controlling their population almost reaching the replacement level of population today. On the other hand, northern states such as Bihar, Uttar Pradesh, Madhya Pradesh and Rajasthan (infamously referred to as BIMARU states) have failed miserably to control the population and it may take another decade or two for these states to reach the replacement level population – an objective of the Government of India’s population policy formulated in 2000. 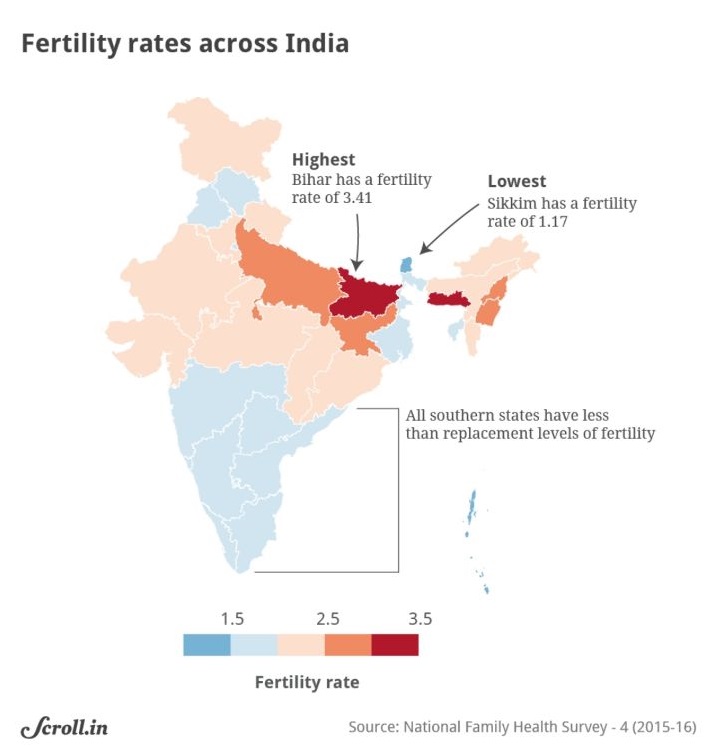 The first two decades after the independence have seen a lot of animosity between the politically dominant northern states and the comparatively more progressive southern states. Issues such as reorganization of states with language as criteria,  self-respect movement in Tamil Nadu, imposition of Devanagari Hindi on the Dravidian southern states contributed to this North-South divide. One such tendentious issue is the population figures which are calculated every decade through National Census and used for different purposes such as election of the President of India (Art. 55), composition of Lok Sabha (Art. 81), composition of legislative assemblies of the states (Art. 110) and reservation of seats for Scheduled Castes and Scheduled Tribes in the legislative assemblies of the states (Art. 330).

The present discontent on terms of reference of 15th Finance Commission is yet another continuation of this decades-old debate because the population figures from National Census are also used for the devolution of taxes. In fact, the 14th Finance commission has given 25% weightage to population for devolution of taxes. The terms of reference to the 15th finance commission will make southern states lose tax revenue and thus deviates from the principle of fiscal equity.

The 42nd amendment to the Indian Constitution (1976) has earlier made 1971 census as the reference for not only the devolution of taxes but also the delimitation of constituencies. Further the 84th amendment (2001) extended that to the first census after 2026 which will then be the National Census of 2031.

Fiscal federalism and the future

Southern states which took immense efforts to control the population in the last few decades are today not ready to lose out on the benefits thanks to change of reference census from 1971 to 2011. The larger debate is also about political representatives from South India who feel that Northern states are being subsidized at the expense of the richer South. Moreover, it is a double whammy for southern states because the finance commission devolves funds not only based on population figures but also the per capita income and economic development of the states. Southern states will lose out on both counts as their population growth has stagnated and because they are  developed states with high per capita income. For example, Tamil Nadu has a per capita income more than four times that of Bihar. The finance commission aims to close this gap by taking taxes from the rich states and transferring it to the poor states.

Also, another controversy surrounding the terms of reference is the conditional transfers based on terms set by the union government which may impose union government’s flagship schemes on southern states. It maybe pointed here that during 14th Finance Commission’s tenure, it was a no-strings-attached transfer of funds.

The silver lining in this entire chaos for the southern states is perhaps a reference about incentivising the states which have put efforts and made progress in moving towards a replacement rate of population growth. However, how big a benefit it can provide southern states remains unanswered so far. It now remains to be seen how central government allays the concerns of South India. If not addressed satisfactorily, India maybe heading towards the greatest political instability it has witnessed ever since its independence in 1947.