(This article is the second part in the series Fraud, False Promises and Fiscal Imprudence highlighting the misadventures of TRS Government in Telangana)

Never ascribe to malice that which can be adequately ascribed to incompetence. – Napolean Bonaparte

When Telangana was formed on June 2, 2014, the debt of the state was Rs. 60,000 Crores. By end of March 2018 the total debt of the state increased by 150% to become Rs. 1,50,000 Crores. By end of Mar 2019, the debt is projected to increase by another Rs. 30,000 Crores to become Rs. 1,80,000 Crores. In a nutshell, TRS Government would have tripled the state’s debt in five years of its rule. One may assume that so much public debt taken by the government would have been spent on delivering its promises by taking up numerous welfare projects. However, the welfare projects TRS Government has taken up since formation of Telangana show a different story – a saga of grandiose promises that remain largely unfulfilled!

Having done an in-depth research on Telangana Budgets since its inception and CAG’s (Comptroller and Auditor General of India) audit reports on actual spending of the state government, a shocking tale of under-utilization of funds allocated for various welfare schemes is noticed. This article focuses on how TRS regime failed to fulfill one of its core promise – double bedroom houses for the poor. 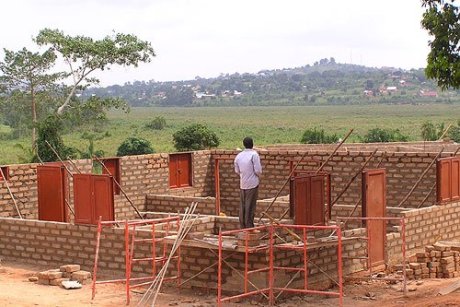 Building double bedroom houses for the poor is one of the flagship welfare projects of TRS and was also part of their 2014 election manifesto.

After doing a comprehensive Telangana household survey, TRS Government has identified almost 2.6 lakh poor households for whom houses have been sanctioned. Setting aside the alleged corruption charges in house allocations for a moment and purely evaluating the finances, at an estimated average cost of Rs. 7 lakh per house, the government needs approximately Rs. 18,000 Crores to complete this project.

Assuming that central government provides 20% of the project cost (Pradhan Mantri Awas Yojana) and local bodies procure another 10% of the project cost, approx. Rs. 12,600 Crores (remaining 70% of the total project cost of Rs. 18,000 Crores) need to be mobilized by the state government to build these houses. Out of these Rs. 12,600 Crores needed, state government has so far provided a guarantee for Rs. 400 Crores for the loan taken by Telangana State Housing Corporation Ltd from HUDCO (Housing and Urban Development Corporation). Deducting this amount, still Rs. 12,200 Crores are needed to build these houses. So did TRS Government plan for these funds in its state budgets?

Well, as per the last five Telangana Budgets presented by TRS Government, only Rs. 3,141 Crores (one-fourth of the money needed) has been allocated for double bedroom houses. Further, in the first three years (based on CAG Reports available from 2014-15 to 2016-17) almost 95% of these funds have been surrendered and thus not utilized.

To sum up, in the present scenario, realizing the promise of double bedroom houses for the poor in the near future seems to be a wishful thinking because of two reasons:

b) Gross under-utilization of the funds in the first three years shows that the project was not taken up with the sincerity with which the promise has been made.