(This article is the first part in the series Fraud, False Promises and Fiscal Imprudence highlighting the misadventures of TRS Government in Telangana)

“It was like riding a tiger, not knowing how to get off without being eaten.” – Ramalinga Raju, Chairman, erstwhile Satyam Computer Services after confessing his fraud of over Rs. 7,000 Crores in 2009 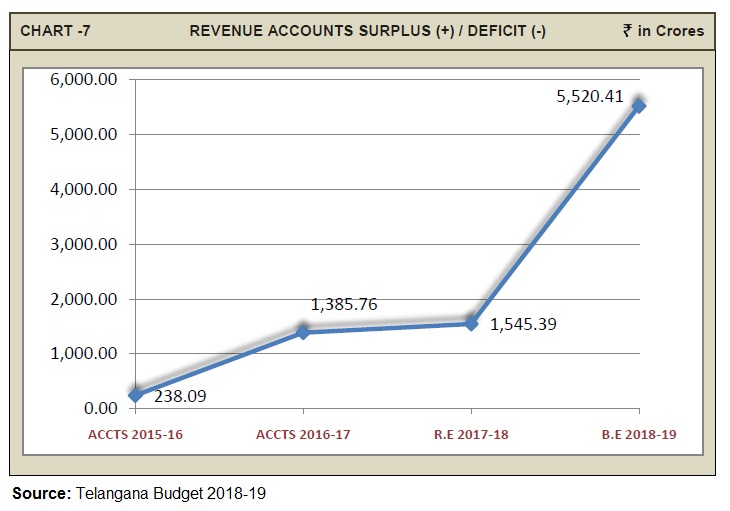 Accounting Fraud: However, as per CAG’s (Comptroller and Auditor General) report on Telangana state finances for 2016-17, the revenue surplus of Rs. 1,386 Crores has been overstated by Rs. 6,778 Crores. 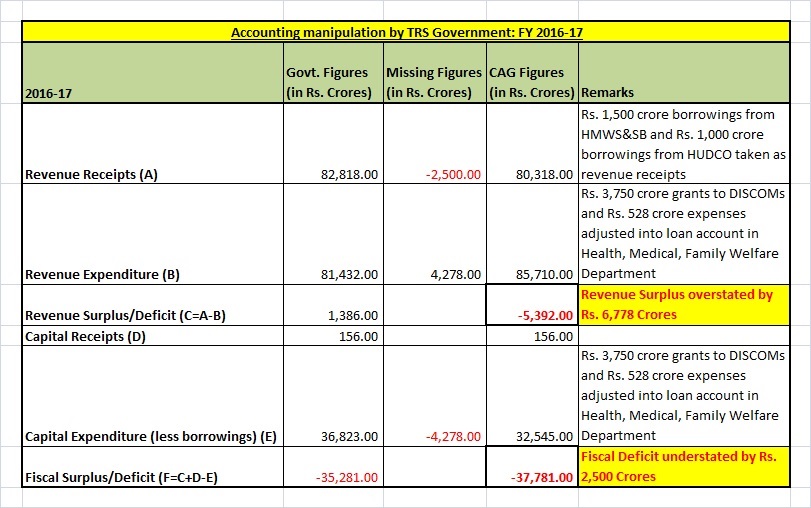 (Note: The Fourteenth Finance Commission (FFC) recommended that the fiscal deficit of all States be anchored to an annual limit of 3 per cent of GSDP for the award period (2015-16 to 2019-20). States with a zero revenue deficit, a contentious issue, and debt to GSDP of less than 25 per cent and interest payments to RR of less than 10 per cent may clock a fiscal deficit of up to 3.5 per cent! In other words, the FFC sanctions States with a modicum of fiscal responsibility to adopt lax practices.)

Afternote – A comparison with corporate world: Just ten years ago, when Ramalinga Raju of Satyam Computers did an accounting fraud to the tune of Rs. 7,000 Crores by overstating the revenues using fake invoices to show profits, Satyam’s share price fell down from Rs. 544 in 2008 to Rs. 11.5 in January 2009. Shareholders lost confidence in Satyam’s management and eventually Satyam was acquired by Mahindra Group. In 2015, Ramalinga Raju was found guilty for inflating the company’s revenues and falsifying accounts among other and sentenced to seven years imprisonment.