10th students asked why TRS won 2014 elections in board exams 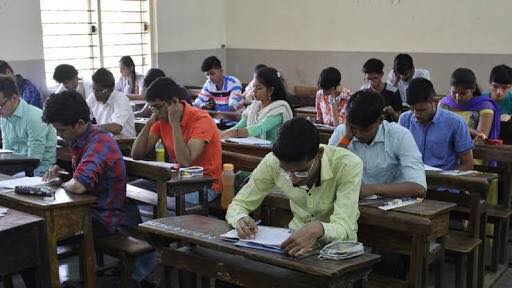 10th class students in Telangana were in for a shock when Social Studies Paper 2 in the ongoing board exams had a question: Why did TRS secure more seats in 2014 elections?

What is the intent of this question? To answer this question and get marks, students have to write something positive about TRS. Guess what do you think students will immediately come up with: TRS is responsible for the formation of Telangana state. Obviously, the students and employees who sacrificed their education and career for Telangana are forgotten and so are those hundreds of people who sacrificed their lives.

In psychology there is a bias called choice-supportive bias according to which people tend to remember selected choices as better than rejected ones. Once the students invest time and write TRS secured more seats as it created Telangana, they will always have a bias that TRS formed Telangana. This is hijacking the history and insulting the legacy of those who lived, fought and died for the cause.

I am reminded of a poem by Sri Sri:

Translation:
‘Even I gave myself as fuel to the world’s fire. Even I shed a teardrop for the world’s rain. Even I lent my voice to bearing the noise of the world’

Dear school students – the future generation of Telangana, no matter what they tell in your history books, no matter what they make you write in your exams, remember one thing: Telangana was made possible because everyone in Telangana gave fuel to this fire and burned with this intense desire for our own state. Anything else that anyone says for any other reason is just false.