In 2014 Telangana Legislative Assembly elections, TRS had 34% vote share and won 63 seats, while Congress had 25% vote share and won 21 seats. Out of these 21 Congressmen, TRS poached 7 MLAs who shifted from Congress to TRS. In the ongoing budget session, all the remaining Congress MLAs were either expelled or suspended on the very first day of the session. This is killing democracy one step at a time. 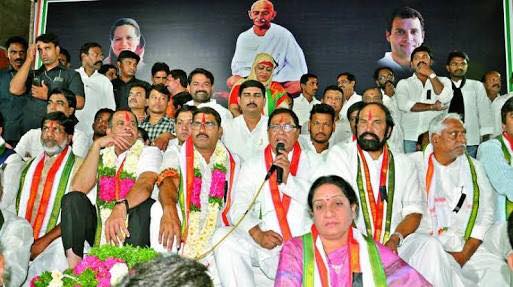 To begin with, Honorable Speaker of the Assembly turned blind eye to the defection of Congress MLAs to TRS so far. It’s almost four years already and there is no reason to believe the defected MLAs will be disqualified anymore. This was the first death blow to democracy by TRS.

Moreover, by suspending/expelling Congress MLAs citing the reason of causing disruption to the Assembly, TRS has ensured that not a single Congress MLA is present in the budget session negating any meaningful debate on the last full budget of Telangana which has a whopping fiscal deficit of Rs. 29,000 Crores. With innumerable populist schemes of TRS to woo the voters, there is no meaningful opposition in the Assembly to protest. This was the final nail in the coffin for democracy.

Dear KCR sir, this is bulldozing democracy by majoritarianism. By virtually eliminating any opposition from Congress in the Assembly, you have denied voice to every one person out of four in Telangana (Congress has 25% vote share in Telangana). Sir, your MPs are stalling the Parliamentary debate on Indian budget too by demanding more reservations. I think if there is any reservation TRS should consider right now, it is reserving seats in the Telangana Assembly for the opposition. Long live democracy!